Scoring Secrets of The Red Devils

To anyone who saw the recent Manchester U. v. Roma 7-1 blowout, it's impossible to not see the value of simply "pulling the trigger."  I'm thinking that Arsenal's Coach Arsene Wenger made the match 'required viewing' for The Gunners, since both of this season's EPL goals by young center-mid Farbregas' were scored within the week following the massacre at Old Tratford.  Thank you, Michael Carrick!!!!!

But as the father of 2 goalkeepers, not to mention Fabian Barthez's #1 American Fan, it didn't take a lengthy analysis for me to realize that this was also the ultimate case study on the importance of goalkeeper positioning.  Just check out the following videos from that inspirational match:


No video? Get the DivX Web Player for Windows or Mac


No video? Get the DivX Web Player for Windows or Mac


No video? Get the DivX Web Player for Windows

These videos need no explanation, since the commentator are doing a great job there.  Good things can happen offensively when a goalkeeper gets out past the 6 yard box, and the players are expecting the goalkeeper to be playing that far out.  I'm thinking that Sir Alex had his team prepared to pounce on Doni's adventuresome  play.

Now, how can we encourage the keepers to play out that far on a regular basis?

In parts of the world where the game of baseball is openly played, it's no stretch at all to recognize that multiple playing surfaces can be a natural part of sports.

The easiest way to reduce the effectiveness of goalkeepers is to dig up the "6-yard box" and fill it full of sand.

Here's an artist's rendering of what such a soccer pitch would look like:

The advantages are four:

1.  The careers of the goalkeepers will be extended by the fact that they can fall onto sand, which is much easier on the body than is turf.

2.  Since sand doesn't provide good traction, the sand will make the goalkeeper slower and less able to change directions quickly.

3.  The presence of the sand will encourage the goalkeeper to spend more time outside the six yard box.  This will open up the near post, and will make the keeper more easily chipped.

4.  While coaches will continue requiring field players to position themselves just inside the goal posts during corner kicks, the attacking team will be favored because any defender in the 'sand box' will be suffering the same loss of traction suffered by the goalkeeper.  This will allow more goals to be scored from field play since those players who are positioned inside the posts will be slowed in getting back out to resume their marking responsibility.

Here's a videos which helps to illustrate this last point:


No video?   Get the DivX Web Player just for Windows or Mac

And for those who feel that it's NOT acceptable to conduct soccer tournaments under a markedly different rules set, the "sand box" affords a means to encourage an attacking offensive mindset without unnaturally encouraging one type of attack over another.

It's effectiveness can be easily tested in tournament conditions, and can be implemented in a matter of hours, and just as importantly, it can be pulled up and repaired in a short period of time.

Of note, I see natural middle ground here with the implementation of my 'sand box' idea in a smaller 3-yard or 4-yard box form, which will open up the near post more than enough to provide a clear window for near post strikes if the keeper chooses to position himself just outside the side the sand.

And to the goalkeepers and defenders out there, let me assure you that you will not look bad giving up 3 goals in a match if the league average is 3.75 goals allowed per match.

All the standards of success will be adjusted, but the important thing is insuring that the changes will be adequate to markedly affect the most important standard of all.  If the changes do produce more entertaining soccer, in short order the MLS will see an increase in interest which will vault it over hockey and baseball and basketball and football into the position of prominence here in America which soccer already enjoys elsewhere. 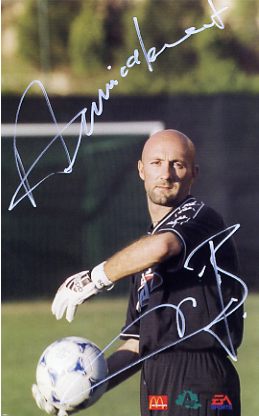 Quote from Paul Gardner...honest by nature.