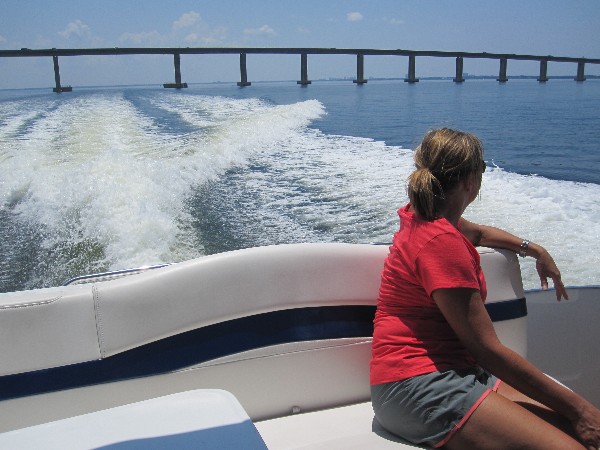 You're known far and wide

Grab a spot on the bank

Of a stock tank,

If the rancher grants me admission.

If I had to fish there,

The fish are too picky,

For this angler named Mickey,

Your beaches and bays

In June or July,

When red snapper are in season. 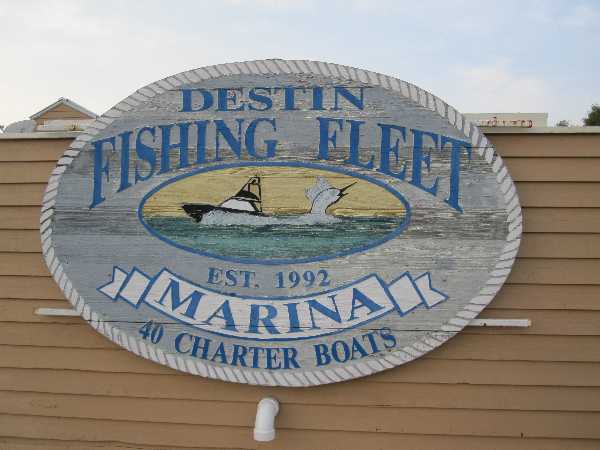 Can’t hold out that long,

By December I’ll be freezin’.

So I checked to see how much time I'd amassed,

It was just enough so that we'd have a blast,

With our amigos at Kelly Plantation.

Weather.com gave us a great forecast.

Checked all five tires for the right inflation...   [Note:  That's 4 tires plus the spare!]

On the road, bound for Destin,

And the Choctawhatchee Bay.

Ask myself this one question:

"Is this trip for work or play?"

But to a versifier,

What good is a vacation.

If not to fuel the fire,

We need that inspiration.

Between Vicksburg and Mobile. 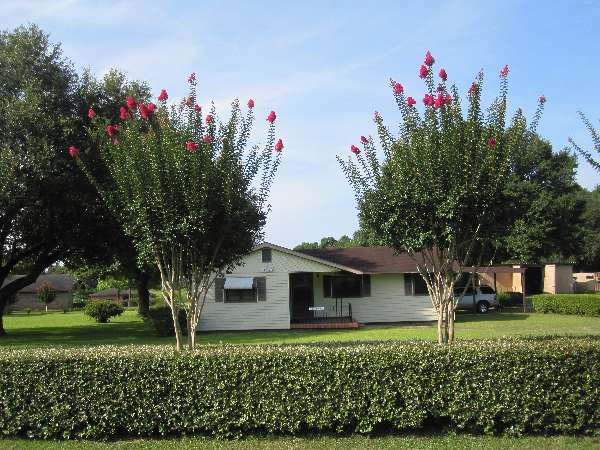 Got my son on board with me.

And he’s stuck behind the wheel.

As through the South we’re cruising.

He says I drive him crazy,

With all my rants and musings.

It’s so green down in Dixie

Smell of summer in the air.

See a hedge that intrigues me. 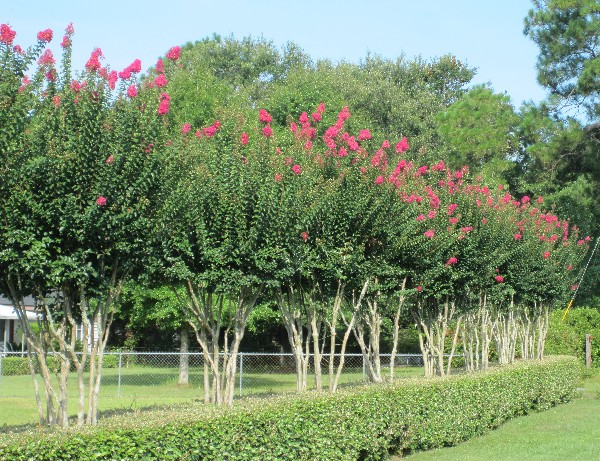 To aid a muse infertile,

It helps to take a snapshot.

Of shrubbery and crepe myrtles.

So sad, once you have forgot.

Then my son tries to tell me,

Of the Southern football fields.

They're adorned with cool shrubbery.

Oh, the bliss that banter yields! 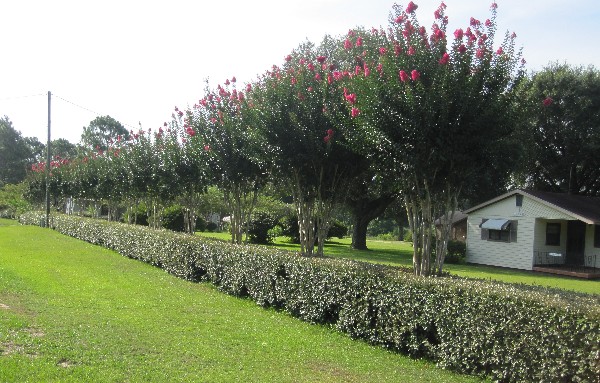 But what was his true intent?

To switch my Grand Funk CD,

With something by Thug Life.

What's the shrub which they planted?

(Down) in Athens and in Chapel Hill. 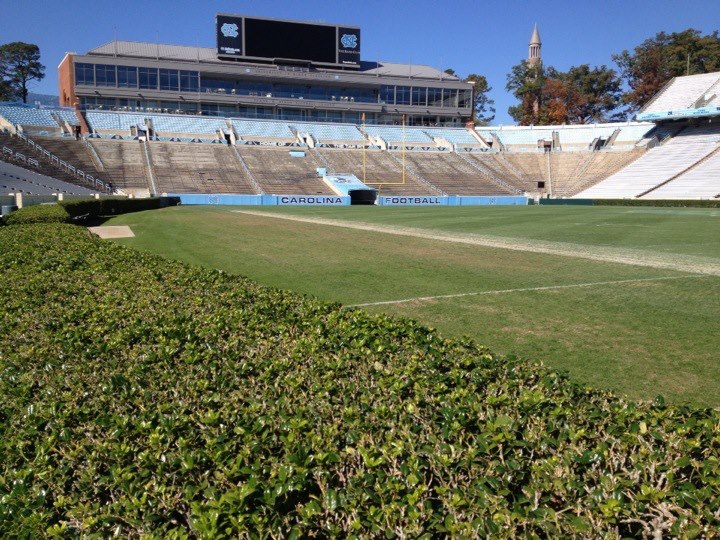 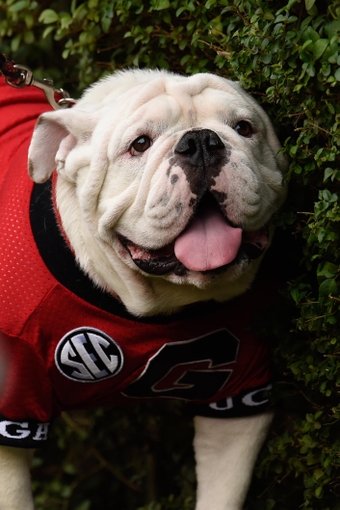 It's said that, down in Athens,

They play "between the hedges".

The shrubs contain the passions,

(Of) Alumni and pledges. 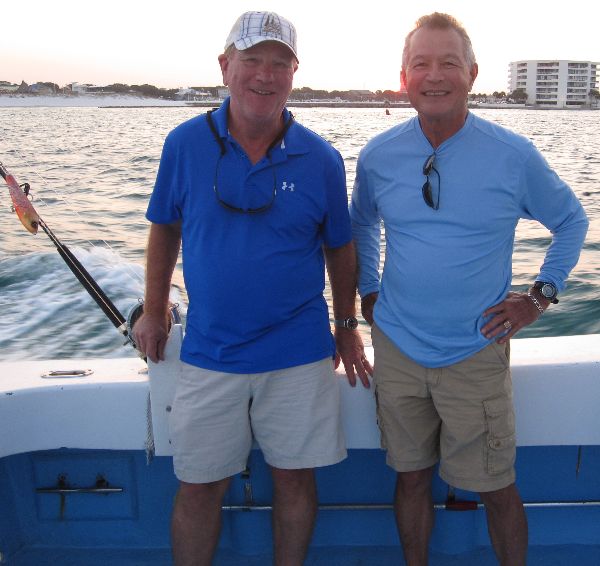 From my bucket list I scratched, what a day.

Got me a taste of what I was missing.

Sweet snapper were the catch of the day.

The charter boat's captain took us out to sea,

A GPS led him to each fishing hole.

The first mate provided the gear so that we

Could drop the line from our fishing poles.

Hoping to hook a snapper which impressed,

Males can turn drinking water into a contest.

Don't worry gals, it's just something we do. 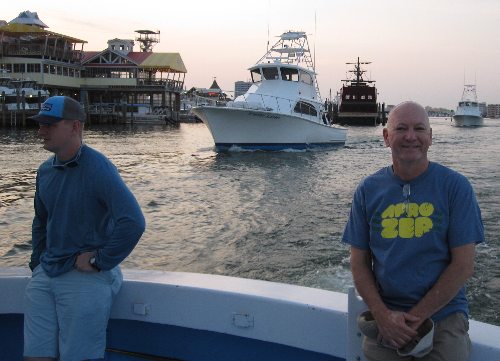 Fishing with live bait and pieces of squid,

Whites and mingos were caught, one by one.

But while those wily red snappers stayed hid,

We sure landed our limit of fun.

But as our time out increased,

And the shore disappeared from view

But not so much for Big John's seasoned crew. 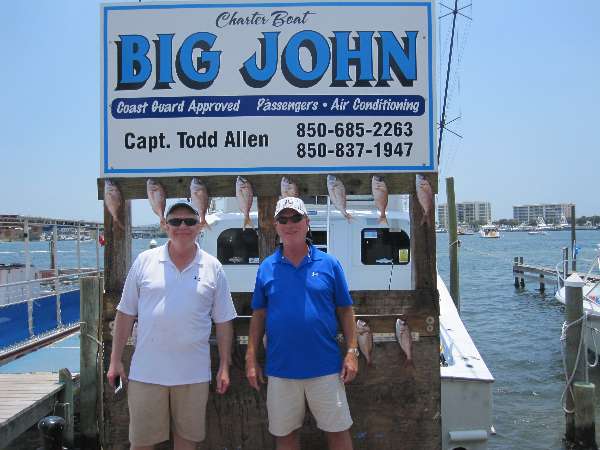 As the props were spinning

With a manly rumble

I couldn't look behind the boat.

And while I tried not to grumble,

Twas the low point of this anecdote.

Once the boat was back in the harbor,

We watched as the snappers were filleted.

The captain proved to be quite the carver. 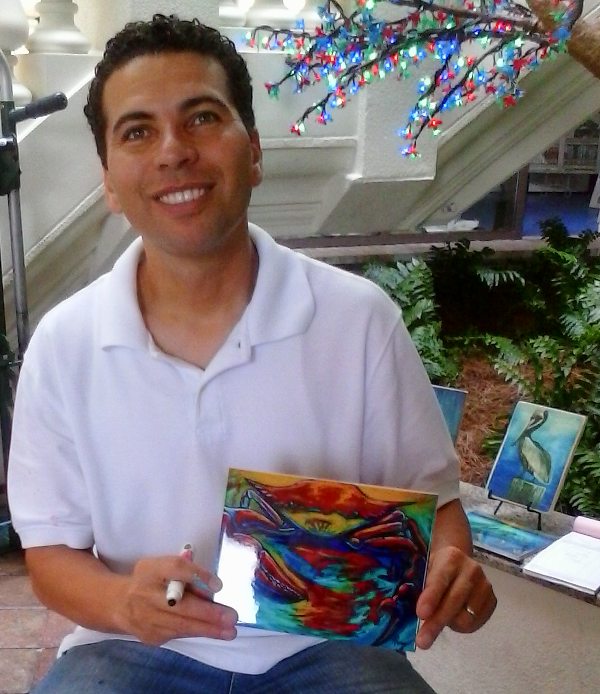 The bag of fresh fish was worth the delay.

Later that evening, we sat down to dinner.

Back in Texas, Barb's known for her brisket.

But her blackened snapper is a winner.

Baked fish is alright, but why risk it.

Last trip to Destin, a handsome pair was wed.

One's a lawyer, the other's an accountant.

"A pair of jocks" is what I could have said.

Cause they had loads of athletic talent.

For a wedding gift, they got "Crab on Ceramic"

We tried to think of something more dynamic,

But the bride did meet Kelly while there. 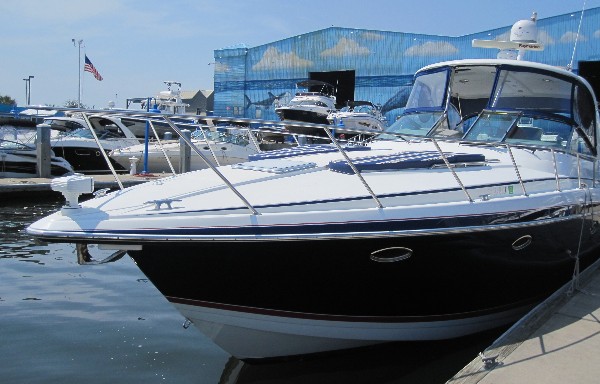 The weather next morning was fair, with calm seas.

A Formula Cruiser with power to please.

Twas the icing on the cake for this trip!

Barb's always on board when Gary's behind the wheel,

Out on the intracoastal waterway.

"Owning such a boat can increase sex appeal!"

That's what the Crab Island cuties all say. 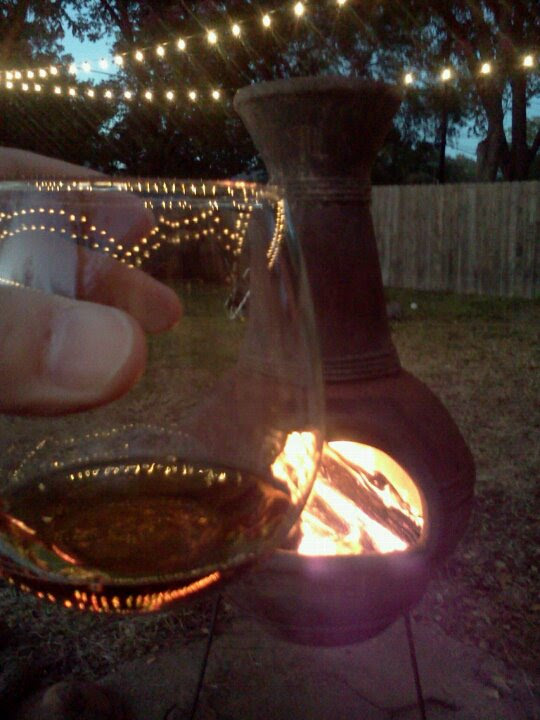 Sometimes I open a bottle,

And gaze into the fire,

Of a backyard chiminea.

But when he opens the throttle,

A different view I admire, 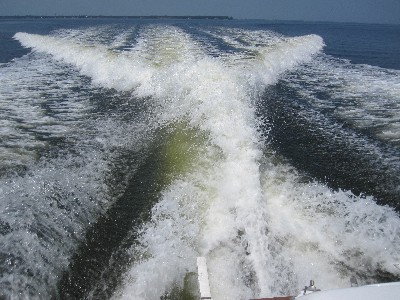 Got a stocked up fridge.

Thanks to Gary’s bride.

And plenty of fuel to burn.

Crank the music a smidge,

With the Mid-Bay Bridge 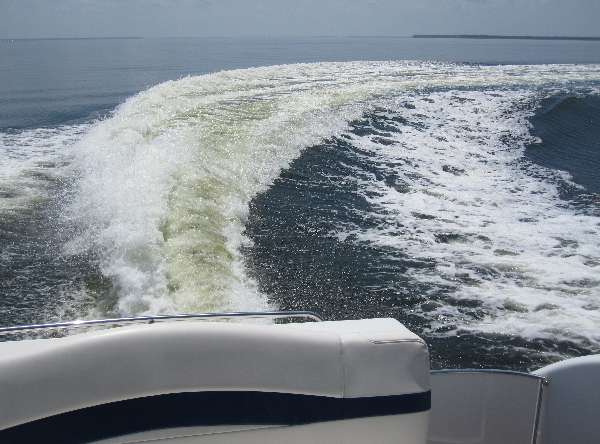 On our port side

I’m focused on the view astern.

The Captain wasn’t born on 3rd base.

With the mighty Mike Trout

Gary's got one hell of a poker face.

Holds a winning hand without

But while he's a bit of a hard case, 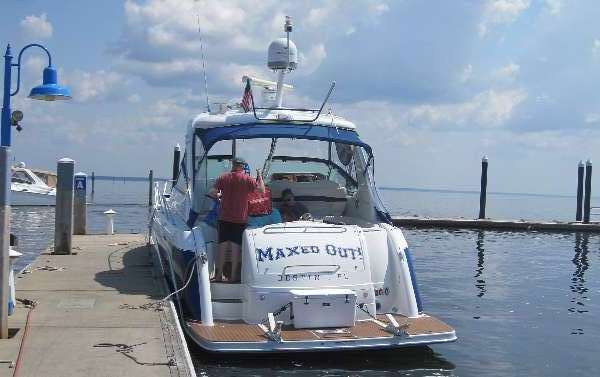 As a friend he's devout

Moved to Destin to avoid the rat race.

Where he learned to chill out

Got a quaint corner loft at Kelly place.

And the sporty Maxed Out!

Barbara, his first and soul mate.

Returning from the bay near Crab Island,

The Maxed Out! spins around as if on casters.

The Legendary warehouse was painted by Wyland.

He and Lassen and Nelson are the masters.

Gave thanks and goodbyes for that weekend so great.

Son and I had to be back by Monday.

We headed home from the Sunshine State,

With Lee and Thomas in the cast,

We dined on snapper and steak and crustaceans.

But I had to return from Florida fast.

Boss said, if on Monday, I'm one minute past...

I can choose between death and castration. 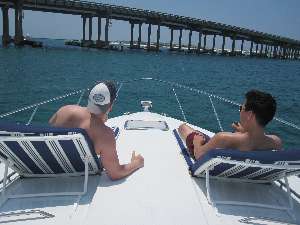 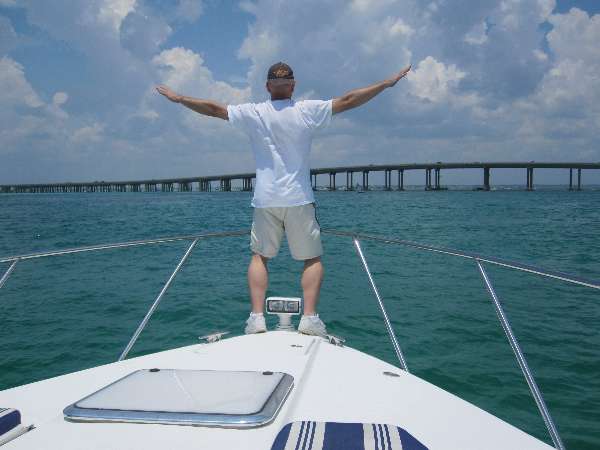 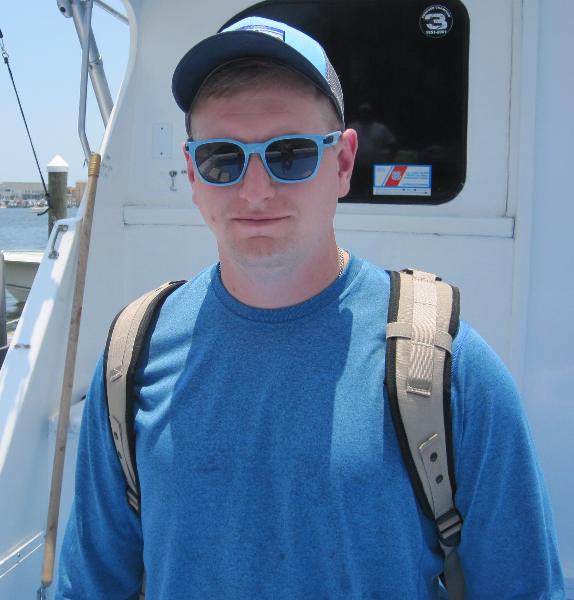 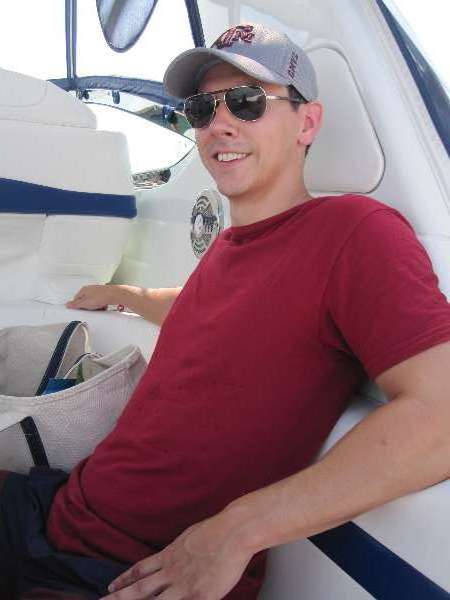 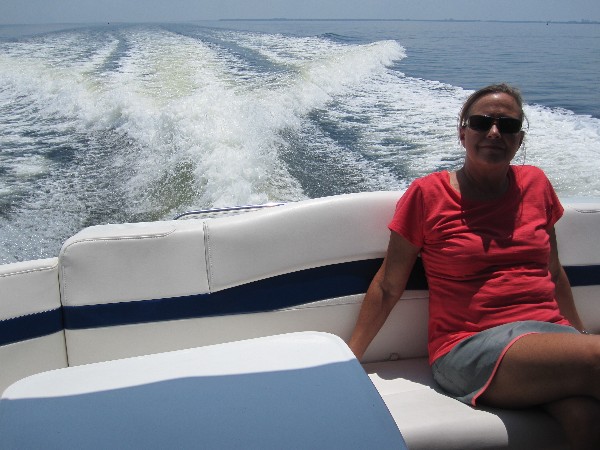 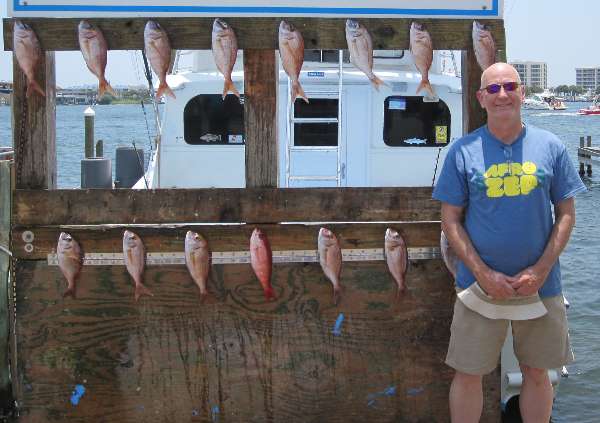