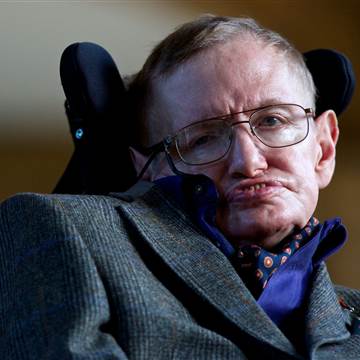 Inspired by these articles:  Space.com & LiveScience.com

Here's a cry for help, which you should read.

Crafted so well, it's gonna make your heart bleed.

A strong stellar force is strangely in need.

For the black hole, these are dark times, indeed.

I was out of my brain,

Soaring on the astral plane,

In the nebula below the hunter's belt.

I passed on Betelgeuse,

And Rigel too, I mean, what's the use.

On these, many star gazers have dwelt.

While super giants were afar,

I surveyed the Trapezium stars.

The temps so high, even geodes would melt.

But while in that stellar nursery,

The exam was merely cursory,

Because A persistent pull could be felt.

Up ahead was something black,

Which told me it was time to circle on back.

Don't you know my anxiety was rising.

Collapsing stars are how they start.

The gravity so great it would pull me apart,

If I were to cross the event horizon.

But a theory that's traced to Stephen,

Says the odds, for and against, are even.

You need to stop the squawking.

It would be just fine,

For you to redefine,

No one would care.

But let me tell you straight, Hoss.

There’s one line that you shouldn’t cross.

From the comfort of your wheel chair.

Before I call out another chorus,

Consider what happened to the brontosaurus?

Once regarded as the world's biggest herbivore,

Just because they didn't like the look of his bones.

I don't give a damn if Steve is top notch.

This thing ain't gonna happen, not on my watch...

Change is a constant,

On this we can depend.

And while it’s ever present,

I’m not saying it’s a friend.

Just a reality that we accept today.

Word of change comes from our teachers

Other times it’s learned in the school yard,

On the field, or behind the bleachers.

The myths of youth are swept away.

And the Tooth Fairy.

And a whole host of North Pole residents.

Dark’s where the boogie man awaits.

But it stops being funny

And starts getting scary

When he ignores the circumstantial evidence.

Confusion. That's what he creates.

So allow me to restate...

You need to stop the squawking.

Lest I pay you a visit,

With a warning: "This is it!

When, in the course of black hole events,

A puny earthling is chosen to represent,

In a suit to stop this unfounded attack.

Quashed the indictment with a Trump White House theme:

That his was merely an alternative fact.

Yeah, that was whack.

That someone of my stature,

Had the cajones to take Stephen to task.

What honor would I rate?

Something more than a monogrammed flask.

Now, what would really be groovy,

Is if the Milky Way went through rebranding,

To something like...The Chrome Dome Galaxy.

Or if Spielberg produced a movie,

'Bout how a gentleman of understanding,

If you don't lift your black hole smear.

I'll have to shift your chair into gear,

And send you on a long ride down a short peer.

"You better leave the black hole,