Place the blame on Biden and Ukraine.

Hunter's presence there has yet to be explained.

His Naval stint was short.

Due to powder some would snort.

On the family name, he is a wart.

So let's place the blame on Biden and Ukraine.

You've always been the captain of the team,

In chess and sports, through your high school years.

Taking this assignment would help to redeem,

So his base wouldn't think it a blunder.

To learn how Ukrainians tie in,

Should you be chosen, and your dreams come true,

Ignore the need to indulge in nail biting.

If someone orders that you should go to,

Some place weird, it probably won't come in writing.

As well as financiers of Trump's top fixer.

Once "The Man", now he's one pathetic figure.

Question the orders that they're commanding.

And hear quotes from Patrick Henry and Reagan.

Get involved in whacky shit they are planning,

But if you're compelled to respond: "Yes, Sir!",

To a high crime or mere shenanigan.

Fall back on your status as an amateur,

And if, while poking around, you should find,

Servers which were used for election meddling.

You'll have found the proof that Russia was maligned.

What we need to have those Leftists backpedaling.

If you come up with a plan that's genius,

I wouldn't be too quick to open your mouth.

Only a concern should the mission go south.

Don't assume that an academy sheepskin,

Will save you if you are locked in that scrum.

Summon lots of self control from deep within,

If your boss's boss describes you as "human scum."

Should that happen, there's no use getting pissed.

And, for Christ's sake, don't raise any alarms.

If you doubt it, try to buy a firearm.

But if fortune shines on you and Giuliani,

And you score dirt, while implicating the Ukraine.

Fox News gals will believe that you're 'bonnie'.     [Def:, adjective: very pleasing to the eye]

And in review, if you guys should crush it,

The efforts of your team will be laudable.

But if not, be prepared to flush it:

All evidence of a Mission: Improbable.

So place the blame on Biden and Ukraine.

Hunter's presence there has yet to be explained.

His Naval stint was short.

Due to powder some would snort.

On the family name, he is a wart.

So let's place the blame on Biden and Ukraine. 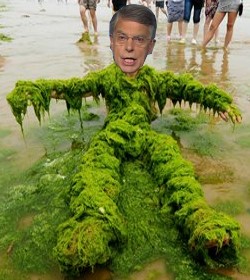 Keywords: Poems about the Biden family, including Joe's son Hunter, and the Ukraine.