Earned in 2007 a Master's Degree in Counseling Psychology from:

The University of North Texas 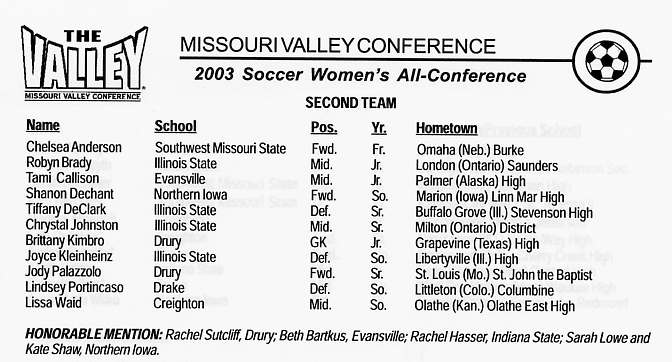 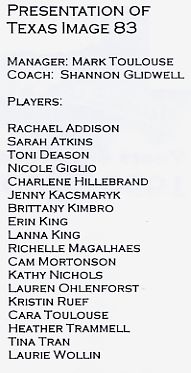 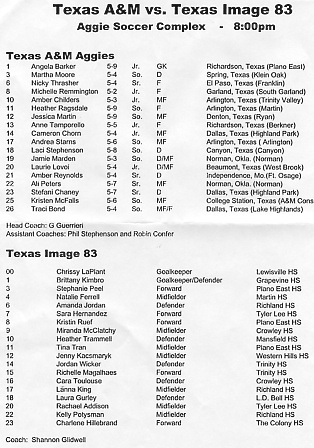 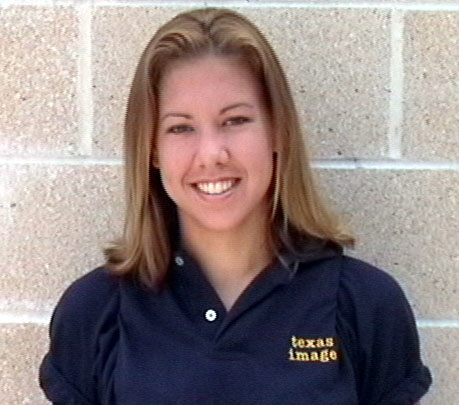 advise:  take every opportunity to guest play, as it is club soccer at it's most fun & most memorable

May '99 with '82 Hawks Soccer, at USA Soccer Tournament in Austin, Texas

Team won the U-17 tournament championship.

Result:  scored four goals in 1.5 hours of play, but no offer.

Dad:  "Britt, you're primarily a midfielder.  Why were you trying out at forward?"

Britt:  "I noticed that most of the girls were trying out for midfield and defense, so I thought I'd have a better chance to make the team at forward." 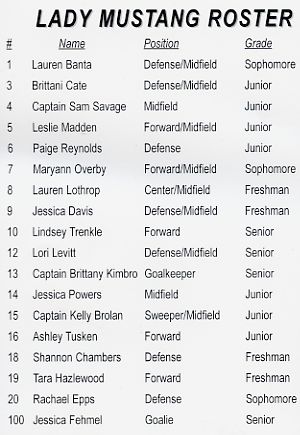 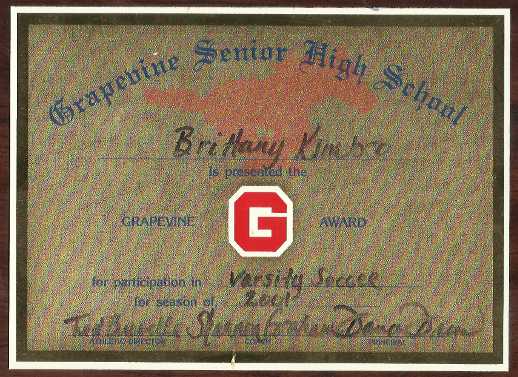 '99 Goalkeeper Camp held at University of Dallas during Spring Break

Note:  There's no right or wrong path to follow on the journey of youth soccer, just have fun along the way.

A total of 51 student-athletes were nominated for the Valley’s scholar-athlete team. The criteria for the honor parallels the CoSIDA (College Sports Information Directors of America) standards for Academic All-America voting. Nominees must be starters or important reserves with at least a 3.00 cumulative gpa (on a 4.00 scale). Also, students must have participated in at least 75 percent of the regular-season matches. Student-athletes must have reached sophomore athletic and academic standing at their institution (true freshmen and redshirt freshmen were not eligible) and must have completed at least one full academic year at their institution. 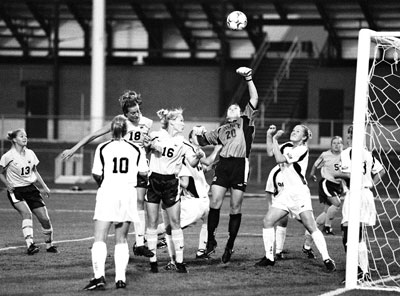 In goal for Drury at University of Missouri on September 14, 2001.  Photo by Travis Mathews.