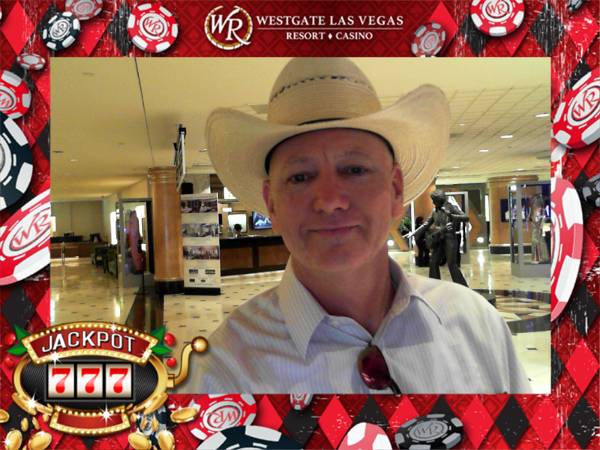 Responding to my muse’s calling

I returned to the scene of the crime.

For a Sin City song, that wasn’t appalling.

Fremont Street is a little too sleazy.

Boulder Highway would be way too easy.

Which leaves me with Paradise Road.

While avoiding the sea of humanity.

Just try to curb the profanity...

On the street called Paradise Road. 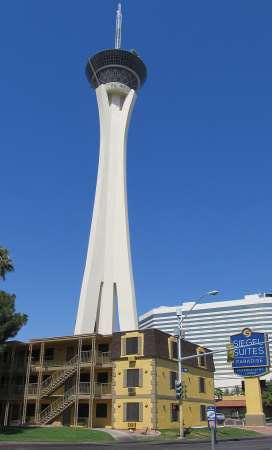 Let's start our tour of this pathway premiere,

At St. Louis, and the Suites of Siegel.

Living in the shadow of the Stratosphere.

If you ask me, it sounds almost regal.

Where millions of people have recreated,

In an atmosphere which is euphoric. 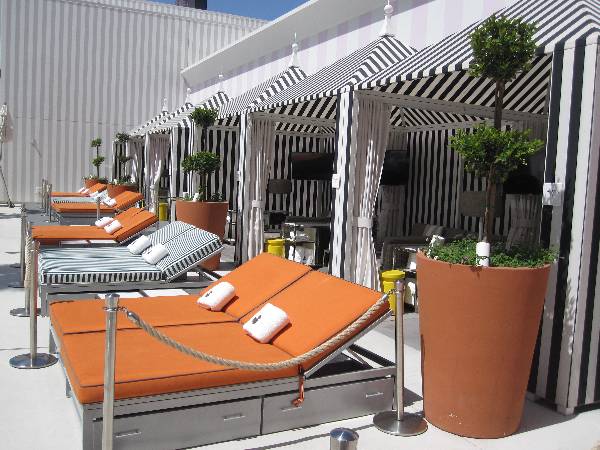 When the SLS is where I'm staying,

I'm in Miami, sans the humidity.

For those few times I don't feel like playing,

Sake from Katsuya cures my timidity.

Las Vegan ladies are anything but plain.

But at Foxtail they are pure perfection.

A Pool Club visit can bring on eye strain.

So bring your Oakley's for protection. 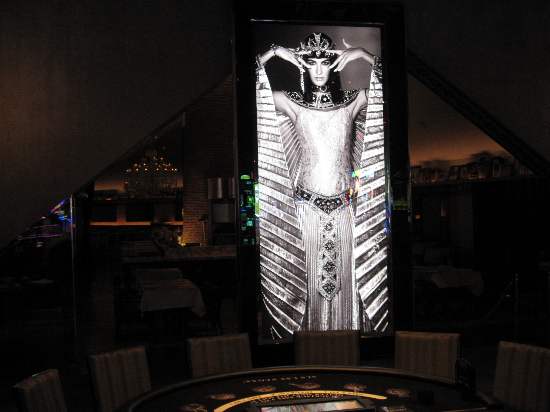 At Umami Burger and the Beer Garden,

Or at Cleo's, is where you'll find me.

But my absence from Sayers Club, you'll have to pardon, 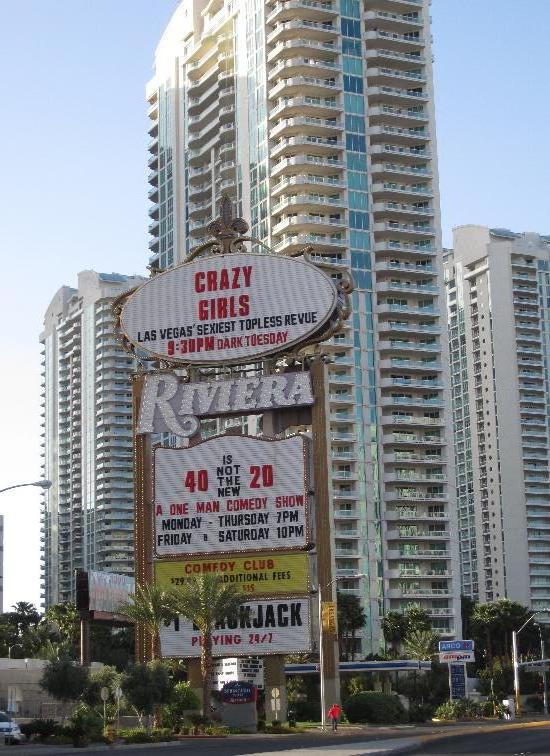 The SLS site was once the Sahara.

It's like they say:  Out with old, in with the new.

It's a shame I missed it's topless revue.

Success for The Riviera was somewhat rare.

It went bankrupt three months after it opened.

He'd turn things around, or so they were hopin'. 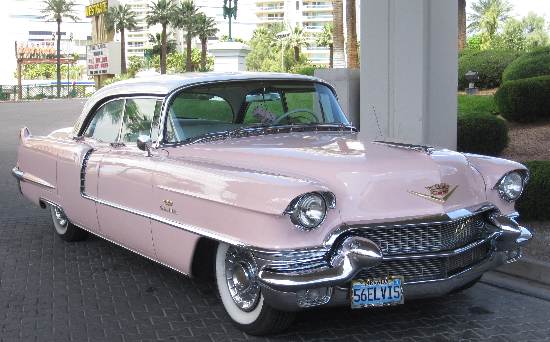 Saw a pink Caddy in front of the Westgate.

As cars go, they don't come any plumper.

The King's ride has bullets on it's bumper.

The King lives on, I'm here to report.

I saw one in the lobby of that Siegel Resort.

Some consider that to be a good omen. 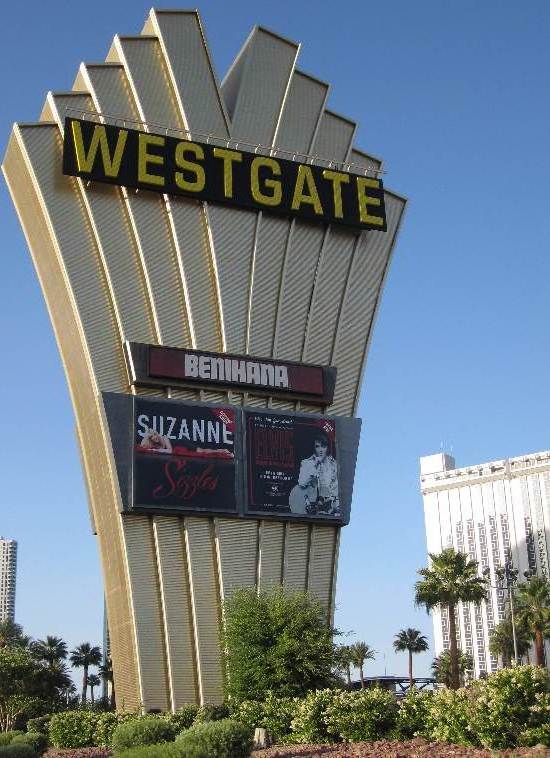 At the Westgate SuperBook that's their motto. 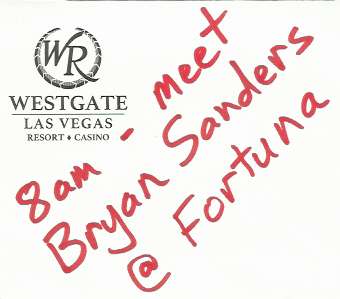 Fortuna is blessed with the perfect name.

I was fortunate to meet Bryan Sanders there.

He shared some insights into the music game.

One day he'll give my verse an urban flair.

Bryan warned of smoke dragons in our path.

A term for challenges which are imaginary.

Well, I gave that some thought, and did the math.

I've got enough for a smoke dragon menagerie.

Had Lady Luck not remained back in Dallas,

My enjoyment could have reached greater heights.

This Texan need not stay in a palace,

If the slots are loose enough to excite. 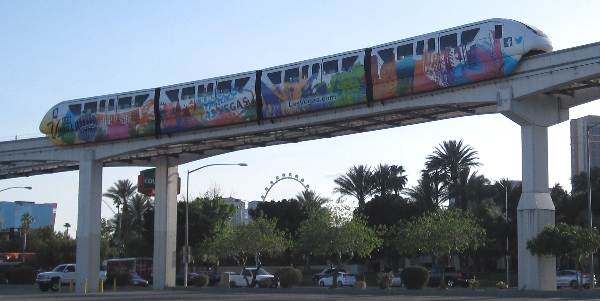 From here, we could take the monorail

To The Linq, I’ve heard that it’s nice.

But what’s the point, when the Holy Grail 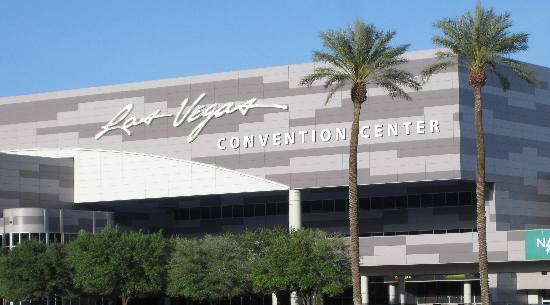 The Las Vegas Convention Center has a pavilion,

Which numbers between one and, uh, seven billion.

But we’ll keep looking, cause it don’t have a pub.

CHORUS 2        [Note:  inspired by “I Enjoy Being A Girl” from the musical Flower Drum Song by Rodgers and Hammerstein.]

Original Lyrics for "I Enjoy Being A Girl"

And my future I hope will be,

In the home of a brave and free male.

Who enjoys being a guy 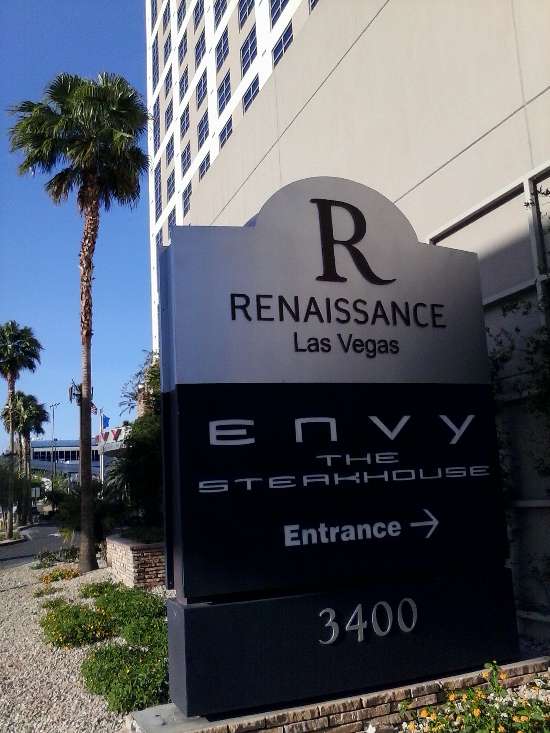 The party never stops at the Renaissance,

If I change my travel plans, there's still a chance

I'll be back for National Cinnamon Croissant Day. 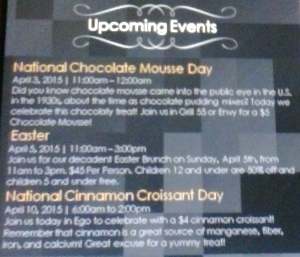 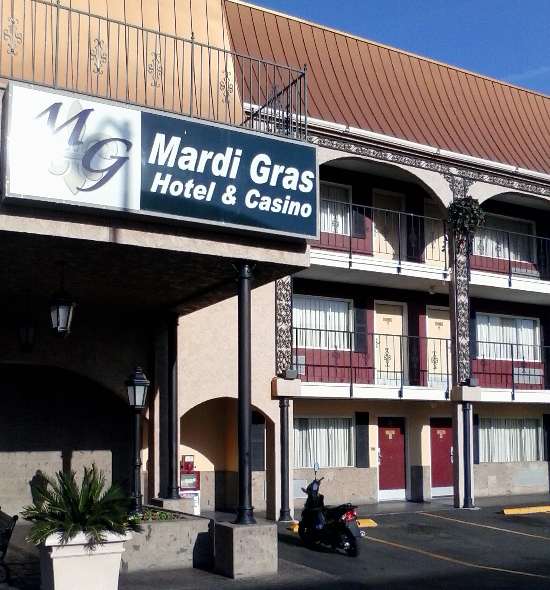 Viewing the Mardi Gras Hotel, I was optimistic.

When ALL the slot machines have one penny stakes. 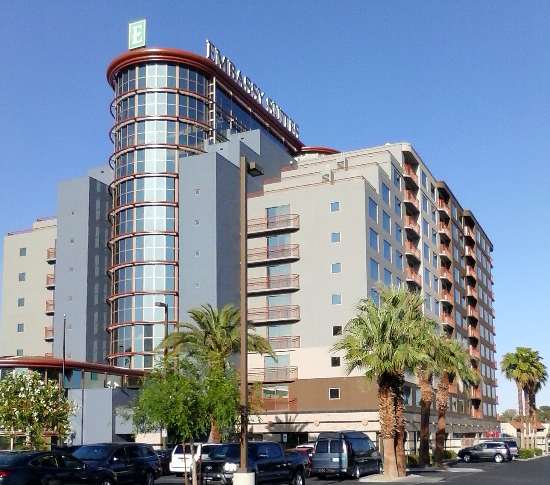 Here's one to consider for your next retreat.

It's the handsome hotel known as Embassy Suites.

The front glass makes it anything but ordinary.

When Sands crosses over, going East

It transforms into East Twain Avenue.

Can appreciate it's vibe and (it's) value. 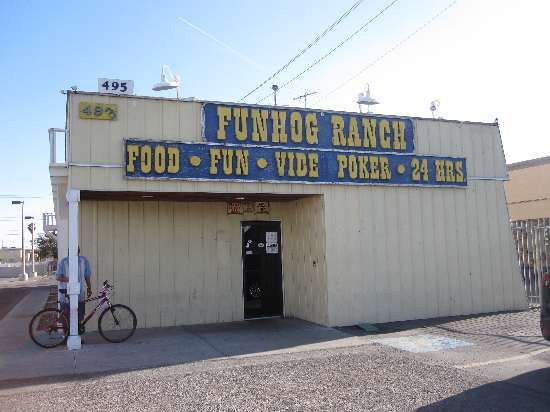 In the search for new and strange, I never waiver.

So you know I'm gonna take a turn left.

A pub stop here might be for 'local flavor'.

But at home, it's usually when I'm bereft. 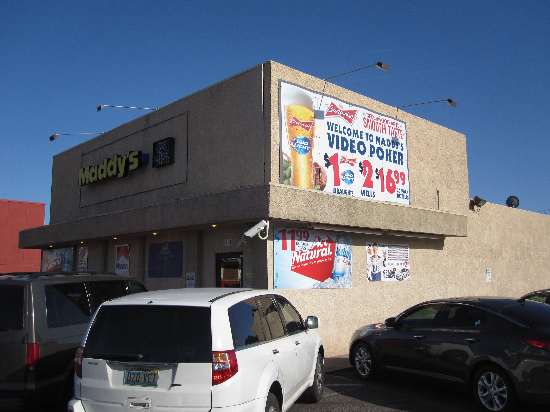 Stopping off at Maddy's is a no-brainer.

Cause the menu's displayed right outside.

Get to know the locals, but don't call them 'Twainers'.

Or a bowl of fresh baked Manchego Mac 'n' Cheese. 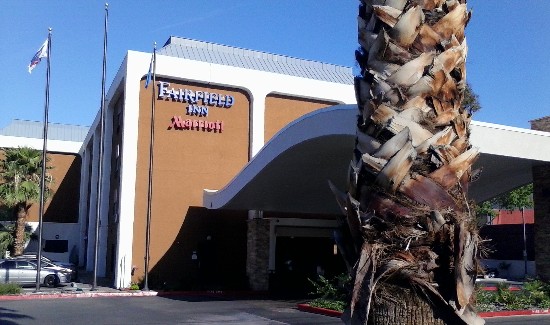 Check out the Fairfield Inn for Marriott's

You won't find any hookers or slots,

To detract from your meditation.

You know I gotta stop at

But first, let me make this clear.

When they say 'tacos' and beer,

They really do mean tacos and beer.

And don't mean 'peaches' and beer.

But not to worry, all was not lost.

I had the Baja Fish and Carne Asada.

And the charro beans are well worth the cost.

Next time I'll get the Beef Adobada.

At Sushi Way you get all you can eat.

Some say it's seafood at it's pinnacle.

For me, it's a matter of principle. 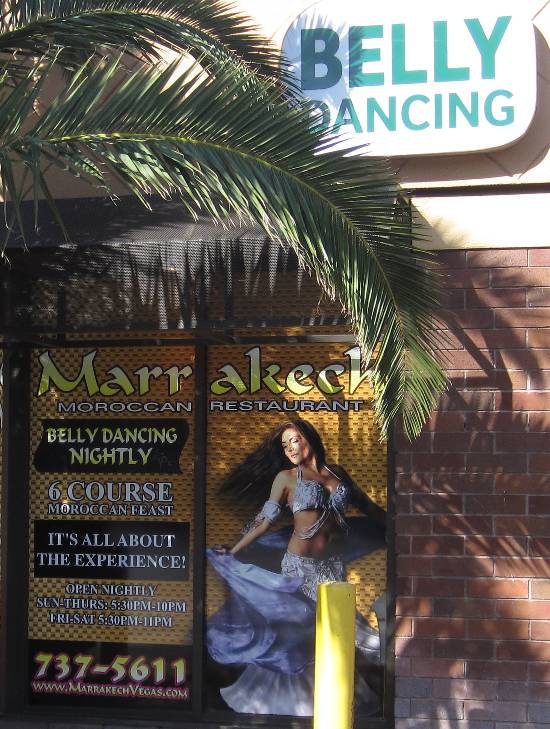 An exotic treat is next on our stroll.

Hope you've got a taste for something Moroccan.

When the belly dancers do the quarter roll.

When you order up the Six Course Feast,

Try not to fill up on the hummus.

It's a favorite of folks from the Middle-East.

I'll get B'stilla next trip, that's a promise. 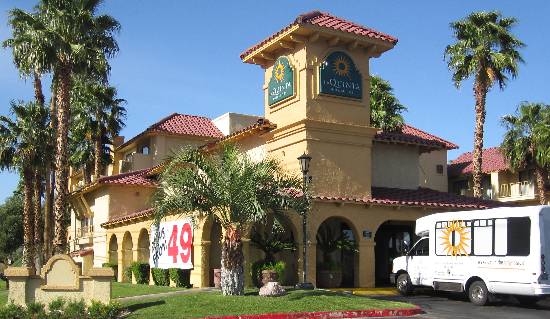 Tell your boss that you avoided distraction,

With a stay at the La Quinta Inn.

Where you can forgo all the Vegas action.

And get to sleep each night before 10.

Where ever there's fun, there's gonna be doughnuts.

And the Las Vegas Donut House fills that need.

But plan to visit AL's, if your want cronuts.

Munch down two or three, then we'll proceed.

When at Silver Sevens I'm a stayer,

But I'm not much of a race or sports player. 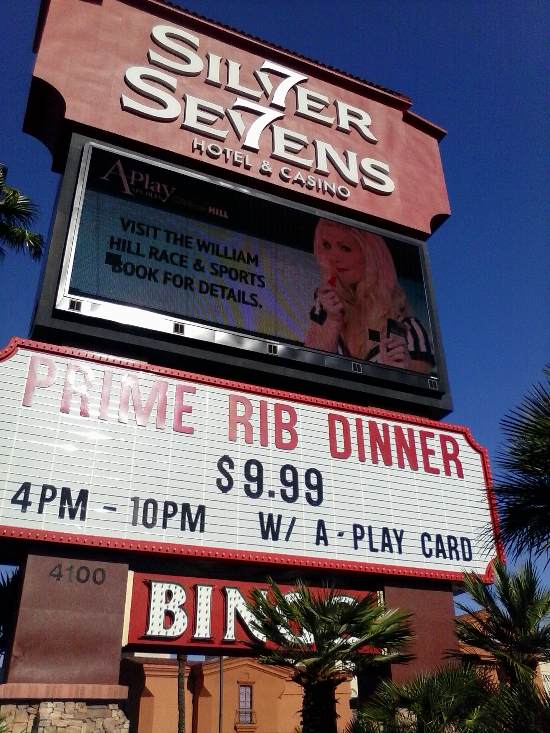 Had a late lunch, so I'm feelin' just fine.

But it's hard to pass on a between meal snack.

Should your spouse find it hard to trust you,

In a town where temptation is everywhere.

Try nightly Skype Sex to show your love is true.

Plus you'll sleep much better, while you're there.

And if that's your plan, cease your hotel hunt.

With free wifi, the Red Roof Inn is perfection.

What's the deal with the carriage parked out front?

The owner's got New Orleans connections. 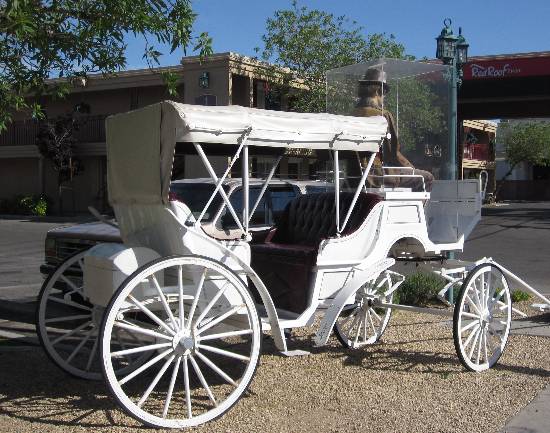 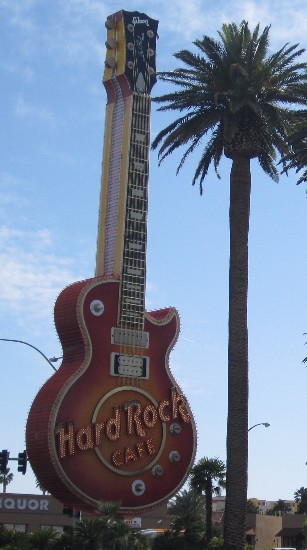 The Hard Rock Resort has quite a selection.

Of guitars, and each has a story to tell.

But play an axe from my Daisy Rock Collection,

And your Gibson or Fender your gonna sell.

When the Rehab Pool is where I'm patrollin'

The dress code is one word:  revealing.

I'll find a lass with legs like Kelly Rowland.

I love to hear her sing out "What a Feeling".

I can't get enough of Kelly's gyrations,

But I'm glad I'm confident in my orientation, 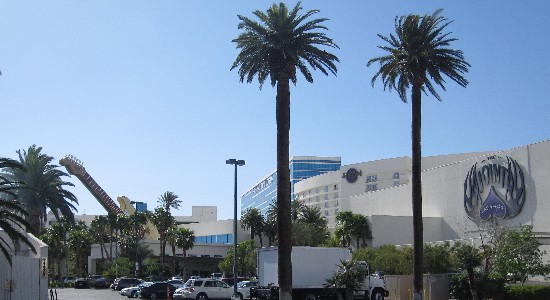 When watching those men of color move.

But my muse called me down to Tombstone.

I wear a hat and long sleeves, even in summer,

Cause my vitiligo makes me sunburn prone.

They served me a lager at the Hofbrau Haus.

'Twas an awesome mix of German hops and grain.

But red ale worship is what I espouse,

Once I discovered Hop Nuts down on Main.

CHORUS 4        [Note:  inspired by “I Enjoy Being A Girl” from the musical Flower Drum Song by Rodgers and Hammerstein.]

Copyright © Michael Kimbro 2015.  All rights reserved.  Also, I make no claim to the top photo taken by the photo kiosk at the Westgate Resort Las Vegas.