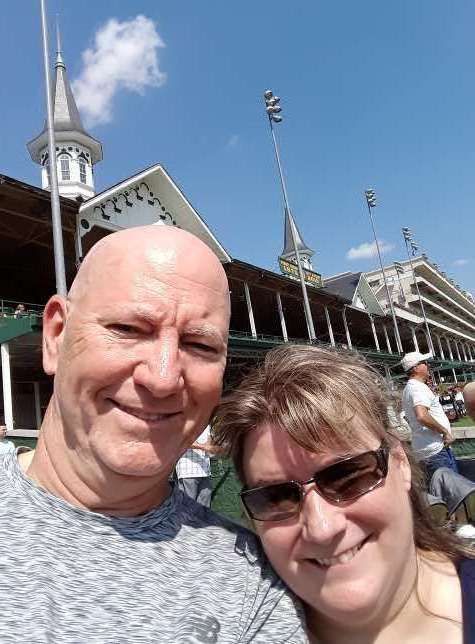 I recently arrived in the Bluegrass,

To be with sweet Paula Rose.

But my jealous muse said I could kiss her ass.

Now it's difficult to lyrically compose.

Yeah, I know I must continue,

Taking pictures and jotting down notes.

But as for writing, I can only pretend to,

Glean concepts which lead to anecdotes.

At lunch, in the place where I broker pawns,

On my calendar I place those proceedings.

The event was meant to be a warning,

I will observe Kentucky Writer's Day. 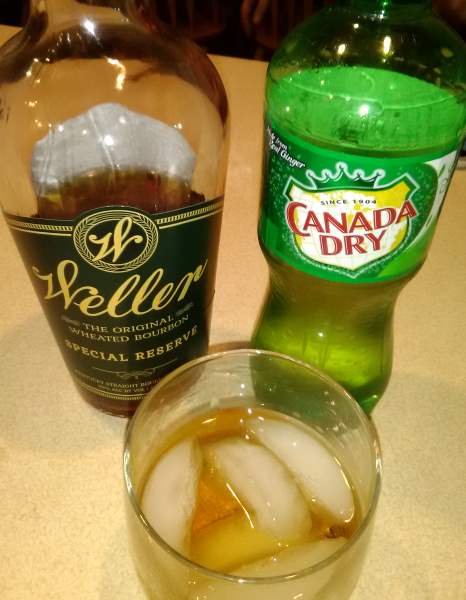 For directions to this literary affair,

There are various forms of mapping.

I'm sure that a GPS would get me there,

But I can't put up with all that yapping.

So google maps is the one I choose,

Shows me all the places where they manufacture booze.

And Weller bourbon is one tasty elixir.

On my very first trip to Frankfort,

Past the old governor's mansion I stroll.

Since nature's forces I can't control. 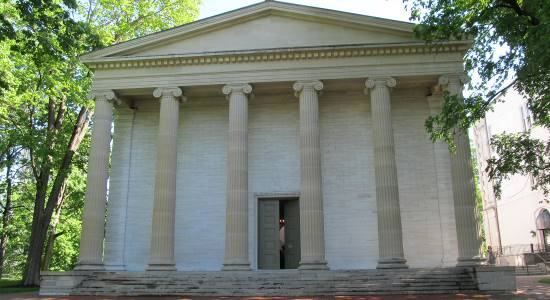 I ask a lovely lady for directions.

Outside the old state capitol building.

I give sincere thanks for answering the question.

And a wink makes clear I'm not a gelding.

I brought a fashion sense to the Commonwealth.

It will shine at the ceremony where I'm heading. 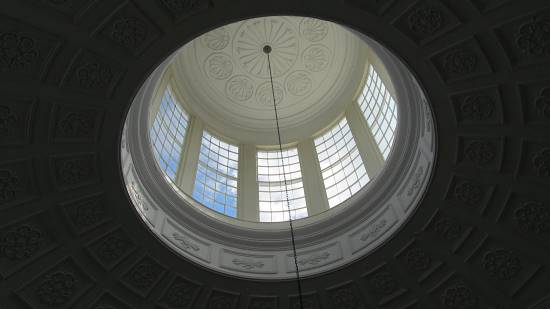 This cowboy hat is the opposite of stealth,

Hey, I could have put on suspenders.

And a wool and silk suit to look businesslike.

But then I'd be numbered amongst the pretenders.

Like wearing Harley stuff when you don't own a bike. 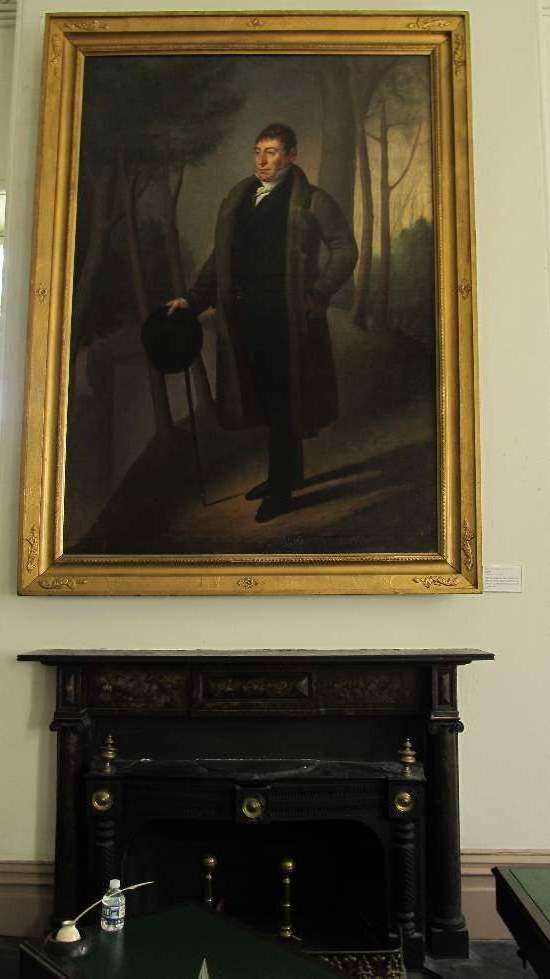 I enter into historic hallowed halls.

As I make my way up along cool circular walls,

Whistling "Stairway to Heaven" is a temptation.

The walls are covered with pictures,

Of major players on the Commonwealth's stage.

From back when Stephen Foster was the rage.

The head of the Kentucky Arts Council,

Gallantly tries to get us enthused.

About a segment I wish they'd just cancel.

Cause my politics are left of Ted Cruz. 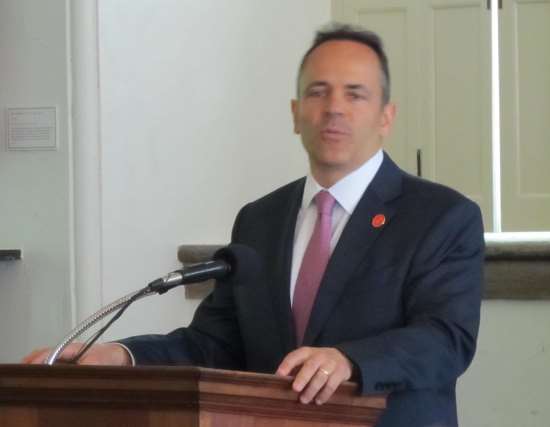 To the Commonwealth's highest position.

Anchorage City is the place he now dwells.

Some question his homestead acquisition.

If "The Honorable" was a part of my title,

Along with "Soccer Fan Extraordinaire",

I'd assume avoiding suspicion would be vital,

Stabbing repeatedly with the word "Breathlessly",

Bevin faults the press for being judgmental. 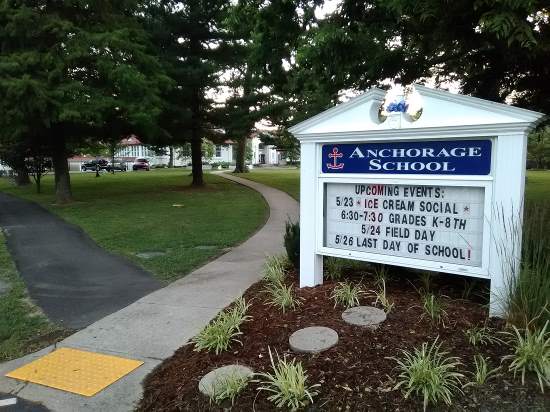 Given his belief that the plat was laid out recklessly,   [Note: No thoroughfare access?]

I suspect he'll turn his place it into a rental.

For the area North and East of Owl Creek.

If East End public schools aren't fit for their brats,

I feel for kids where the economy is weak.

The Governor delivers a stirring oratory,

Closing out with the intro of Smock.

A distaste for TV was part of Bevin's story.

Can you see him reading Lyon to Bach? 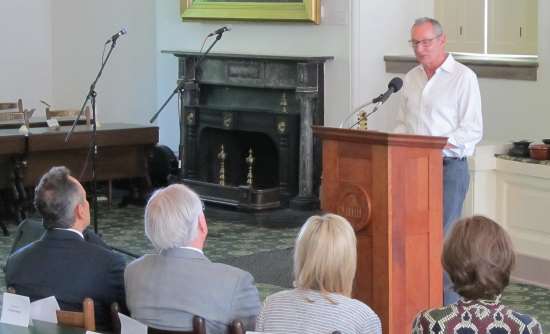 A poet laureate is named every two years

And I can tell that Bevin chose a good one.

While the average Kentuckian might be bored to tears,

For all here in attendance, this is good fun.

The Trappist monk they study at Bellarmine.

As I watch the whole thing, this much is certain,

I'm biting at the bit to tell a friend. 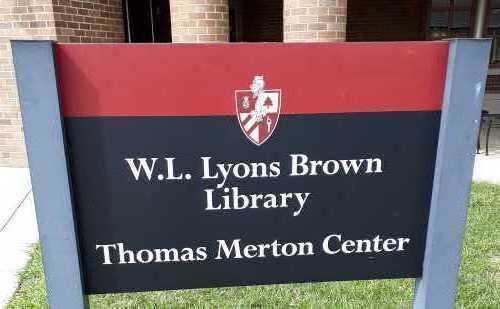 For the Catholics, Merton was quite a find.

Wise and prolific, based on what I know of him.

He viewed the competition with an open mind,

And even wrote books about a few of them.

Including a synagogue, a mosque, and a revival tent.

I assume that he told them, if Christ wasn't their chief,

They should study the Bible's New Testament.

Tom fathered a child outside of matrimony.

Before he put his lay existence on a shelf.

Around the time that Tomy Lee was just a pony,

I was a little Hoosier bastard myself. 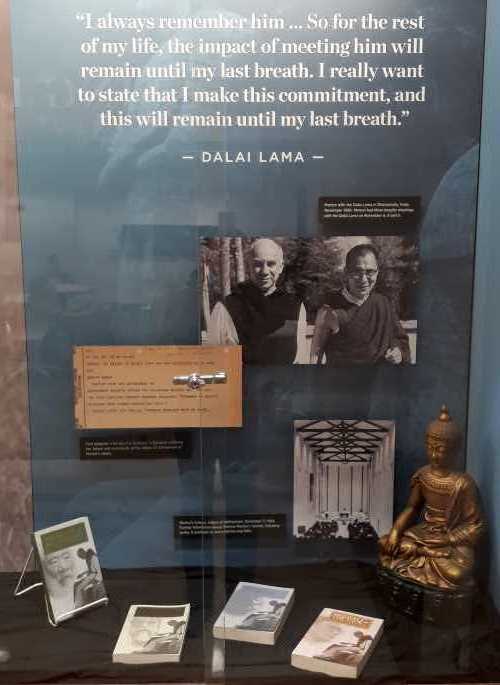 One of the books which Thomas Merton penned,

He yearned to be a Buddhist, there at the end.

One can't blame him for hedging his bets.

But did he study L. Ron Hubbard's cult,

Or talk to The Twelve in the City of Salt Lake?

A different swan song might have been the result,

Getting back to Fred's acceptance speech,

Of the Kentucky Poet Laureate title.

His numbered list of facts is quite a peach.

But I'm no Simon, from American Idol.

With a new plaque adorning his office wall,

New digs would be expected in Alumni Hall, 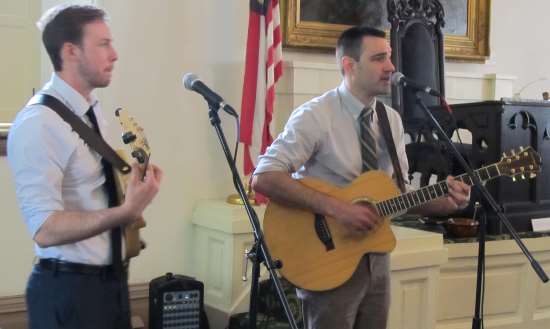 Small Time Napoleon is the entertainment.

Two gents who no doubt kill at happy hour.

I'll be in attendance at the arraignment,

If they cover Public Enemy's "Fight The Power".

When the ceremony ends I head down stairs.

Cause I'm one ravenous Commonwealth resident.

A spread fit for a king is what I find down there.

The Rockslide Brownie Bites are decadent. 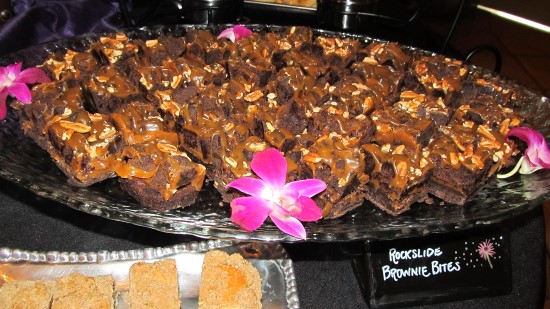 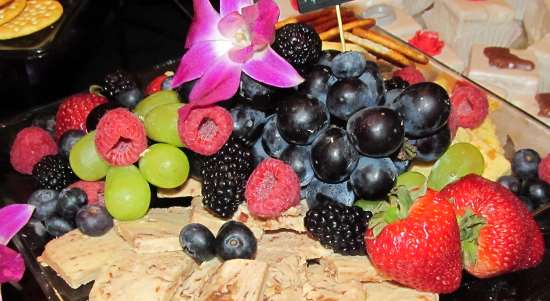 And don't get me started on those grapes and berries,

Or the 3 Peas banana pudding shooters.

The whole thing was set up outside the library,

Which was used before the time of computers. 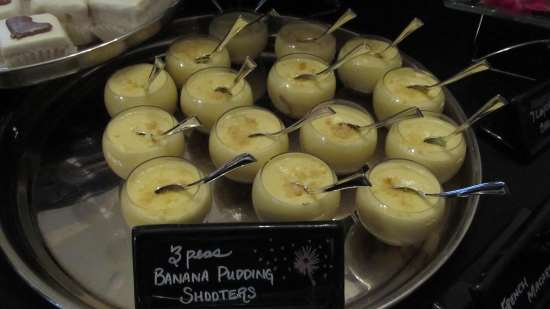 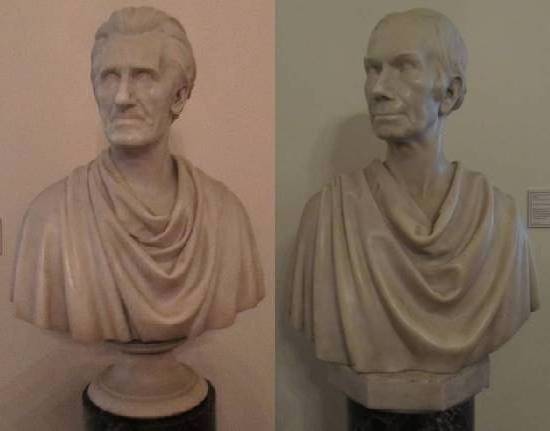 The honoree finally makes his way down,

As does a crowd, which keeps me at bay.

While waiting my turn, I take a look around,

At busts of Andrew Jackson and Henry Clay.

Are thought to rank amongst the art form's highest.

We both did Sacagawea, so I'm biased.  (Hers and Mine) 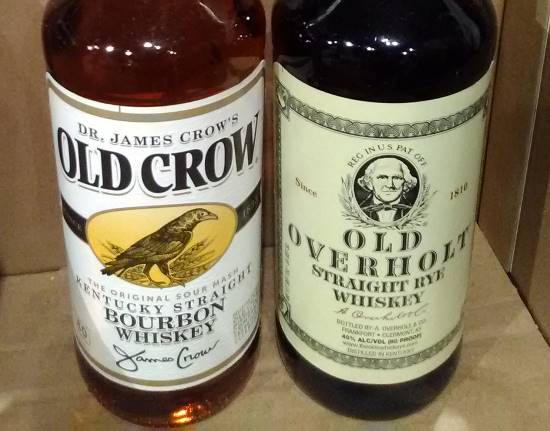 If here a week, no doubt you've been told,

Our top artists craft with corn, yeast and wood.

I prefer the brands whose names begin with 'Old'.

But I'd spring for a Pappy, if I could.

I introduce myself to Smock's publisher,

Who seems quite satisfied with the turnout.

I lack an editor, for fear he'd be a punisher.

Cracking the whip with no regard to burnout.

To those who feel that concept's not right,

That claims of wordsmith fatigue would be perjury: 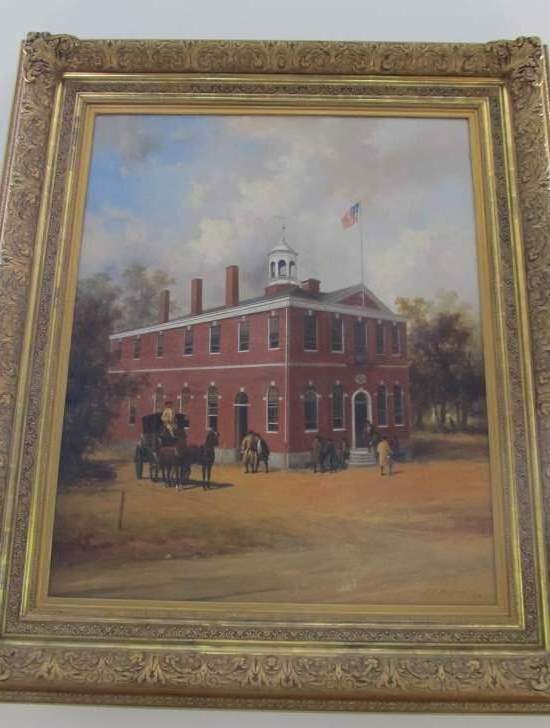 Can bring about repetitive stress injury.

Awaiting my turn is no problem at all.

But then I begin idiotically blathering.

About the pumps on a brunette who's tall. 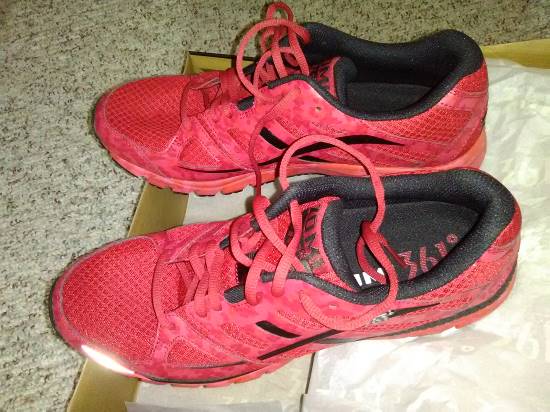 OK, some will feel that sounds a little creepy,

But before you judge, consider the context.

I'm crazy about shoes, even kicks they sell cheaply.

Why everyone isn't, just leaves me vexed.

Nearing my reward for waiting so long,

I observe this master of essay and poem.

Then it hits me, a transgression so wrong:

My selfie stick was left back at home. 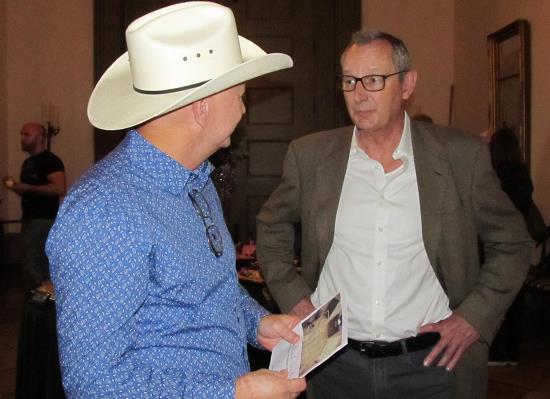 The filly moves on after a pleasant exchange.

So it's my turn, and yet I feel unworthy.

If I asked his favorite bourbon, would that sound strange?

Or which horse he's gonna bet on at the derby.

Luck is where preparation meets opportunity.

That doesn't apply here. Yeah, I'm out of my depth.

An embarrassment to the literary community,

Who aren't impressed that my knowledge has breadth.

So that's how I leave, feeling like a defeatist.

Asking locals as to the whereabouts of a pub.

Then it hits me.  I'm assuming Smock's elitist,

While he could be in the Diesel fan club. 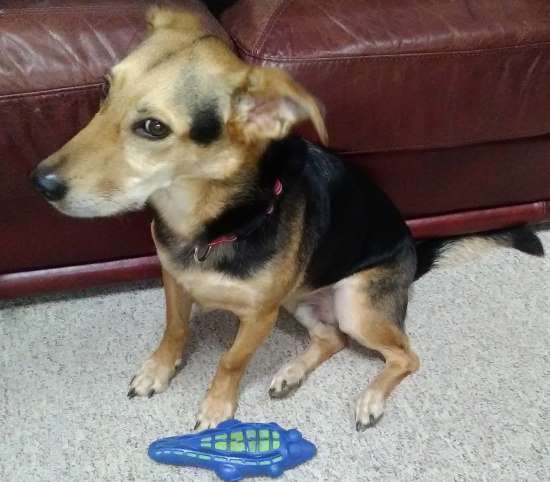 In a better frame of mind, it's time to have fun,

Before I tackle my poetic backlog.

A distillery tour, then I'm on the run,

Back to Paula and her tan and black dog. 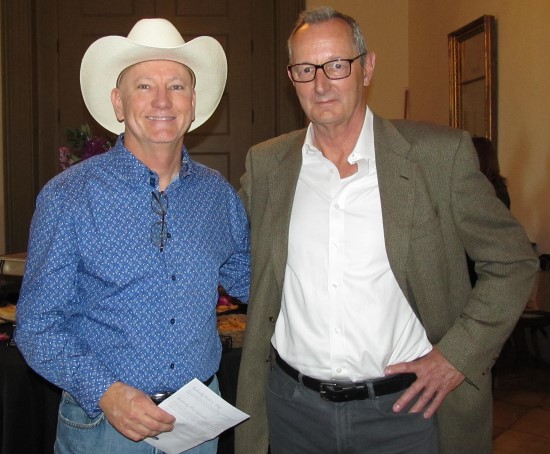 This day is one which I won't soon forget.

And, as a poet, I must commemorate.

The Kentucky Writer's Day when I finally met,

The Poet Laureate of the Bluegrass State.

While I concede an honor that's provincial,

May never be mine.  Still, I don't fret.

Another title is more in line with my potential:

The Poet Laureate of the Internet. 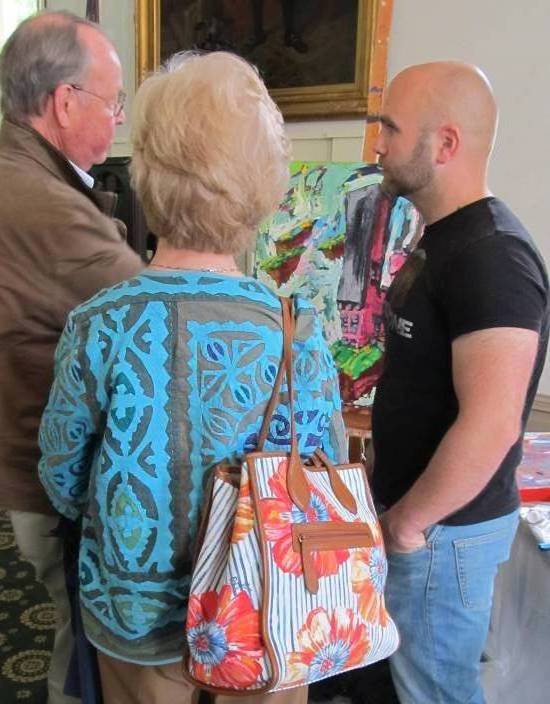 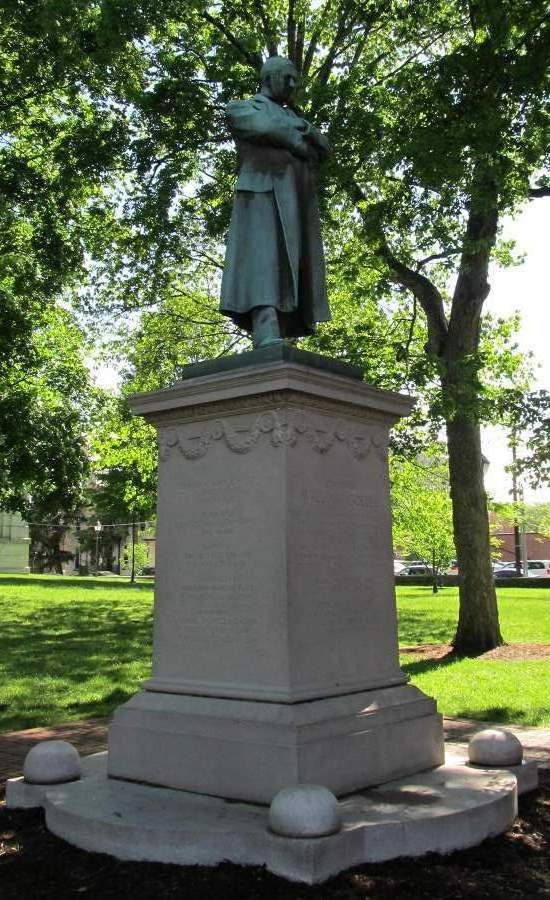